Who Killed The First Jet Fighter: Part One 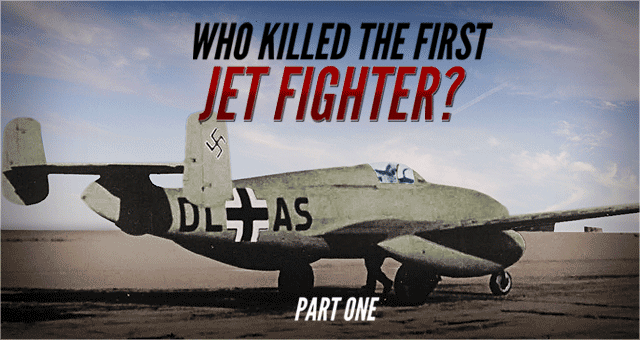 The German Messerschmitt Me 262: Sleek, fast and heavily armed it was a quantum leap in fighter technology. Considered by many to be the world’s first jet fighter it was in fact a distant second. Indeed, the first air-to-air kill credited to a jet fighter goes to a Gloster Meteor of the 616 Squadron RAF sent to hunt down a V-1 Flying Bomb. After a 21 month lead in jet fighter development the Germans found themselves with just one design in production – the Me 262.

By June 1944 only a handful were in service. But there was another jet fighter. One designed and built before the Me 262. The Heinkel He 280. Designed by Ernst Heinkel, it was capable of over 500 miles per hour. At this late stage of the war the He 280 was nowhere to be seen. First flown in September of 1940 it was two years ahead of Willy Messerschmitt’s Me 262. Who killed the world’s first jet fighter?