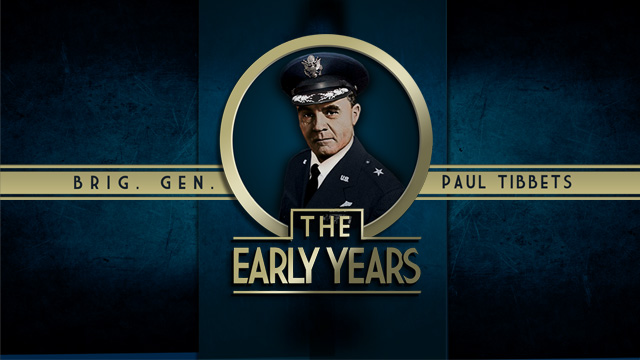 On August 6th, 1945 Colonel Paul Tibbets led what would become one of the most controversial and devastating bombing missions in the history of warfare. Commanding and piloting the Enola Gay, TIbbets delivered and dropped the first atomic bomb on Hiroshima, Japan. Though history remembers him for this unprecedented mission, he had already proven himself an able pilot and leader over the skies of Europe where he led the first flying fortress raids into heavily defended German territory.

After building an impressive and decorated combat career, Tibbets would use his flying expertise to help test and perfect Boeings B-29 superfortress. His unique flying experiences did not go unnoticed and Tibbets soon found himself teamed with the members of the Manhattan project devising a weapon to strike the decisive blow in WWII.