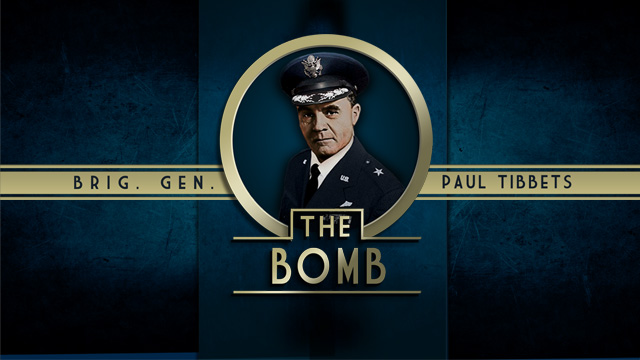 As Commander of the newly formed 509th Composite Group, Paul Tibbets and his former B-17 crewmates Dutch Van Kirk and Tom Ferebee assembled an elite team of men to deliver a decisive nuclear strike against Japan.

Stationed at Wendover Field and operating under the strictest security, Tibbets and his crew would developed innovative techniques to drop a weapon with enough force to destroy an entire city. As casualties were mounting on all sides in the Pacific war, Paul Tibbets was putting the wheels in motion, to move his team and B-29’s to Tinian - a base in the Western Pacific within striking distance of Japan.