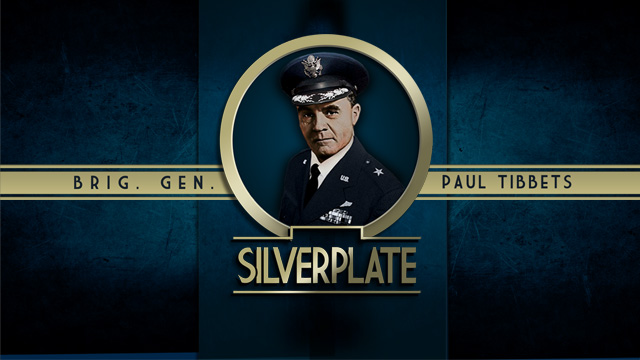 Paul Tibbets proved himself to be an innovative and skilled pilot leading the first flying fortress raids into occupied Europe against heavy German resistance. After more than 25 successful missions he would take his experience to North Africa where he would spearhead an unconventional and successful attack on German forces in Algiers.

Though Tibbets built an impressive combat career, a dispute with a superior officer would see him transferred out of the war in Europe and back to the U.S.. Re-stationed at the Boeing factory in Wichita, Kansas, he would use his skill and intuition as a pilot to help perfect the B-29 Superfortress.

His unique experience with the B-29 combined with his decorated tour of Europe and Africa did not go unnoticed. Paul Tibbets soon found himself working with the Brilliant minds of the Manhattan project to deliver a weapon that might end the war.

Straight As An Arrow