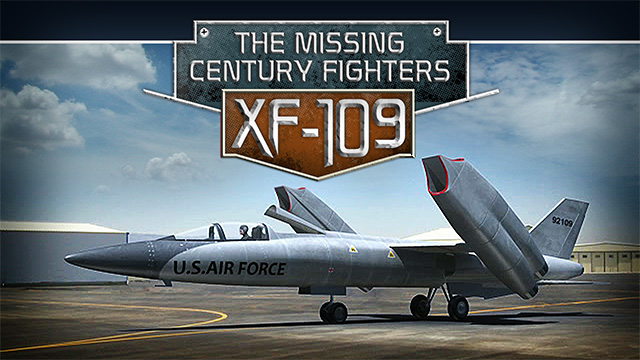 As the last of the Century series fighters, the XF-109 was far from conventional. Designed for Mach 2 flight, it was to be the world's first vertical take-off and landing (VTOL) fighter. Unfortunately for Bell, it would take them out of the fighter business forever.

Like the XF-103 and 108 before it, it XF 109 never made it past the mockup stage. Overshadowed by the successful Century fighters, the XF-109 was to be the next step in high-tech fighter design. Conceived as the first VTOL Mach-2 interceptor, the XF-109 was considered by many to be a design too far. Ordered by both the Airforce and Navy, the 109 was designed as a multi-role fighter with VTOL capability. It was a tall order, and one that had never been attempted before.