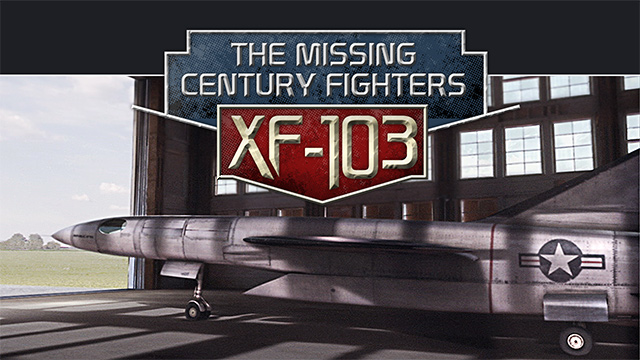 It was called the ultimate interceptor - an aircraft of such advanced design and promise, it captivated the US Air Force for over a decade! Born from the fertile mind of Alexander Kartveli, the XF-103 was to be the world's best and most fantastic interceptor ever concieved. As one of the missing Century Series fighters, the XF-103 represented a quantum leap forward in fighter design.

In many ways, it was too advanced; flight at Mach-3 required new exotic materials and a powerplant that had not yet been used on any operation jet aircraft. As an interceptor the XF-103 was the ultimate expression of an idea that was born during the First World War, high above the streets of London!

Race With A Lady: Part 2