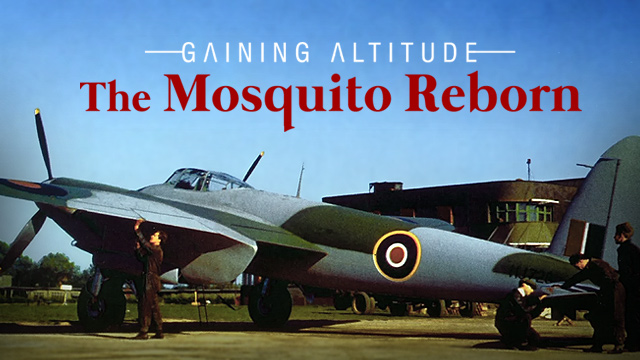 Gaining Altitude: The Mosquito Reborn tells the story of a Mossie through archival footage and interviews with veteran pilots. We follow the incredible process of restoring a plane that hasn’t flown in more than 50 years. And, we’ll take to the skies with the world’s only known flying original Mosquito.

The Mosquito achieved legendary status in 1940, when it first took flight. Manoeuvrable, light, built of wood and the fastest aircraft on the planet. History tells us that the Mosquito was a crucial element in the victory of the Allied Forces in World War II. But because of its wooden construction nearly all of them have decayed away and it’s now one of the rarest planes in the world. In 2009, an amazing and dedicated team was assembled and charged with the monumental task of fully restoring an original Mosquito to flying condition. And that’s where our story begins.