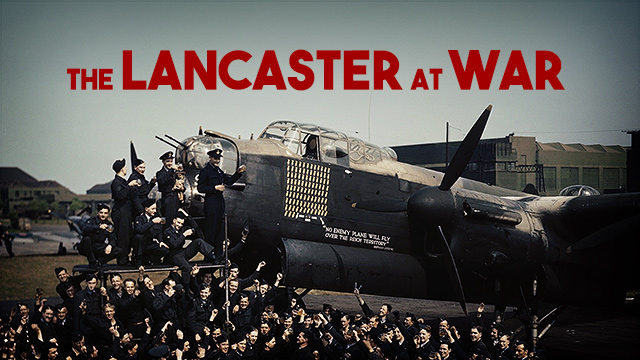 The Avro Lancaster has been described as the outstanding bomber of World War II. At a time when Hitler’s armies had spread the Nazi creed and empire across Occupied Europe, the heavy bombers were the only means of carrying the offensive back to the Nazi heartland.

We detail the Lancaster’s capabilities and its exceptional service record, which included taking part in precision raids against the launch sites of Hitler’s ‘V’ weapons. The Lancaster’s operational history ranges from the destruction of Hamburg to the massive food drops on Occupied Territory that saved the lives of thousands.

Incorporating carefully researched archive and feature film material, with exclusive interviews of surviving Lancaster aircrew, The Lancaster at War will not only appeal to those with an interest in military aviation, but to all who appreciate the spirit, resolution, stamina and courage of ordinary people.