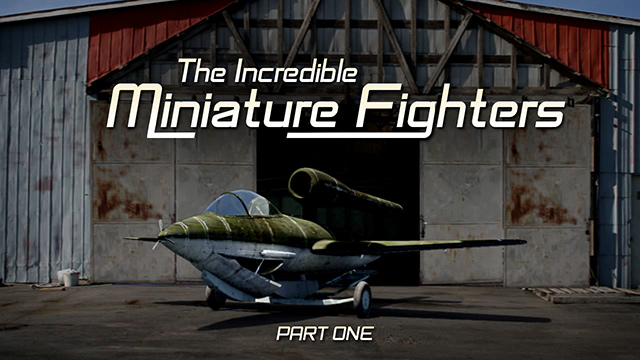 At secret test centers deep inside the Fatherland, the Reich's best scientists and engineers, were thinking about concepts quantum leaps ahead of all those in others nations. Often surrounded in half truths, the results became an amazing broth of myth and reality.

Germany's incredible “Miniature Fighter Competition”, however, was no myth. It was a reality that did take place, and the results were marveled at long after the second world war was over.