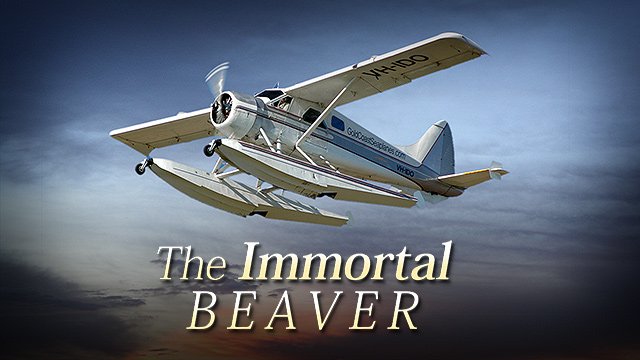 The Immortal Beaver follows the resurrection of a de Havilland Beaver, named ‘Olivia’, a weather beaten shell of an airplane that has been resting quietly for decades in the dusty Arizona desert. This HD documentary captures the rescue, restoration and history of an aircraft that forever changed the face of aviation in Canada and culminates in Olivia’s remarkable return to the air. Held in such high regard, the Beaver became the first of a select few foreign-built aircraft to be imported by the US military. It was the largest export of a Canadian aircraft to date and has since served armed forces around the world. Then, despite its increasing popularity, de Havilland stopped production of the aircraft.

In 1967, the last Beaver rolled off an assembly line in Downview, Ontario as the company focused on the Dash 7 and Dash 8 airlines. This film reveals this remarkable plane through the words of those who lived it- including Ross Bannock, a Canadian war hero and test pilot for the prototype Beaver, and modern day enthusiasts such as Harrison Ford, proud pilot of his own Beaver. The story swings from the barren desert to the blinding cold of Alaska, fusing rich original high definition footage with rarely seen historical film from the de Havilland archives, to tell the story of a Canadian icon.