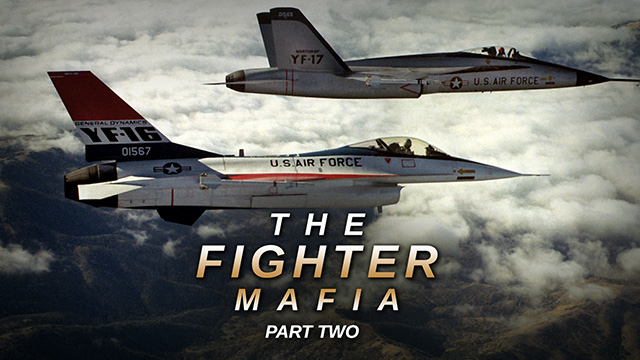 In the late 1960’s, the U.S. Air Force was looking for a new dogfighter not only to defeat the latest Soviet MiG’s but to steal the thunder and budget of the new Navy fighter. A desperate Air Force would turn to a brilliant but brash pilot, John Boyd, who had a mathematical formula that might give them the winning edge. Boyd would join a renegade group within the Pentagon known as the Fighter Mafia. With sleight of hand they funneled money into prototypes for a lightweight fighter that would out-duel any aircraft in the skies