The Fighter Mafia: Part One 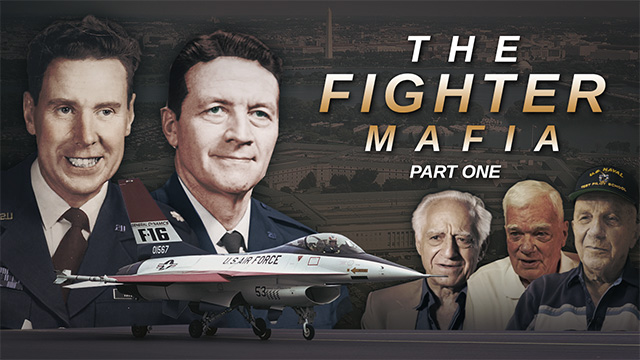 When the sleek prototype YF-16 first rocketed into the air in the early 70’s, no other fighter in the world could match its performance. Surprisingly, the USAF wasn’t interested in producing this exceptional aircraft. They had their sights set on pricier aircraft which could secure bigger budgets. The secret plans to mass produce the YF-16 were devised and kept under wraps by a band of mavericks in the Pentagon known as the Fighter Mafia. Working quietly in the shadows, they brought the YF-16 to light. But even they could not foil the massive Air Force bureaucracy from clipping the wings of the world’s greatest fighter.