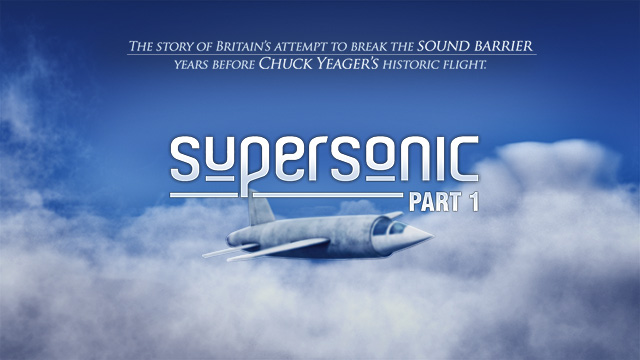 With both Germany and Britain developing the jet engine, the race is on for who will be the first to reach the speed of sound. But conventional aircraft are nearing their limits. To win this race, a whole new type of aircraft will need to be designed. Determined to be the first to succeed, the British government gathers a brilliant team made up of a pioneering engineer, a young designer and a brave test pilot. Do they have what it takes to go Supersonic?