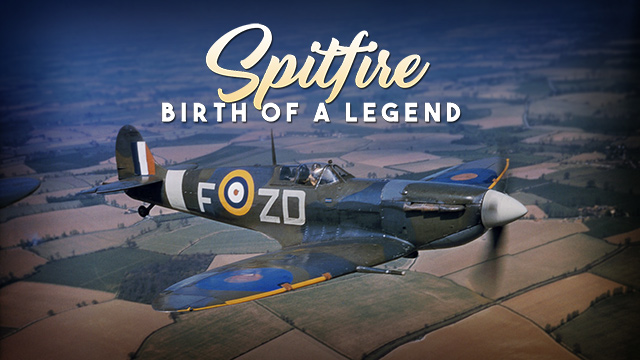 To this day, the Spitfire remains in our minds as the fighter aircraft that saved Britain from invasion and defeat. Spitfire: The Birth of a Legend tells the story of this legendary aircraft from a radical design on the drawing board to the fighter aircraft that became the symbol of Britain’s determination to fight on to victory. The story, along with dramatic archive and colour films of aerial combat, graphically illustrates the appeal and fascination the Spitfire has maintained since it fought in WWII. Featuring interviews with Alex Henshaw, pre-war record-breaking flyer, as well as the pilots who flew and fought in this celebrated aircraft in its finest hour against the Luftwaffe.