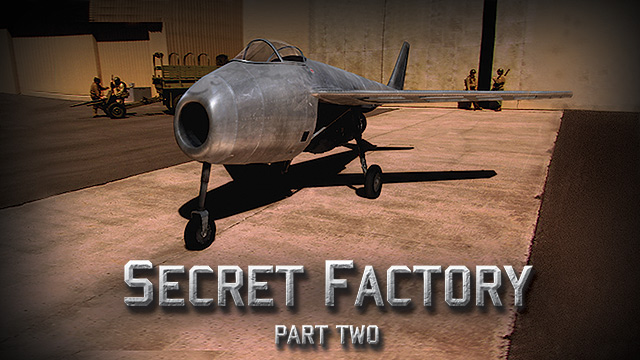 As American armies advance through the thick forests of Germany, they are amazed at what they uncover! A secret factory, housing one of Willy Messerschmitt’s most prized aircraft, is found at the Oberammergau complex. The P.1101 jet fighter prototype, nearly completed, falls right into Allied hands as the German army crumbles and retreats. Take an exclusive look at this remarkable discovery, and invention worth its weight in gold. The Secret Factory is the the story of espionage, torture and intrigue in the final days of the Second World War!