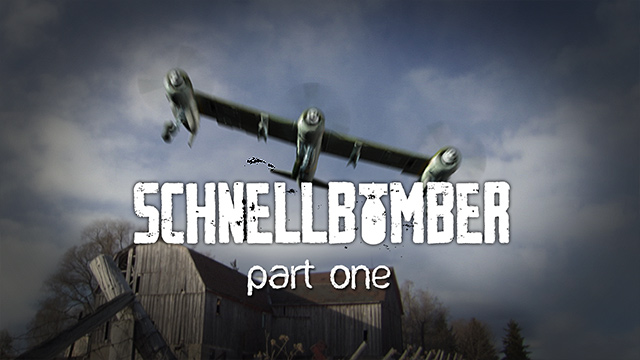 Hitler's aggressive approach to warfare demanded bomber aircraft that could blaze into enemy territory, obliterate them with bombs, and slip free of any pursuing fighters. The schnellbomber.

From the Nazi regime's early days through to the end of World War 2, the Luftwaffe continues its pursuit of a fast bomber that can stay ahead of their enemy's technology and hold them back.With the advent of the jet engine, they may have found just what they need in an aircraft from Messerschmitt. It is faster than anything in the air, but is it fast enough to stop the collapse of the Third Reich?