Revolt of the Admirals: Part Two 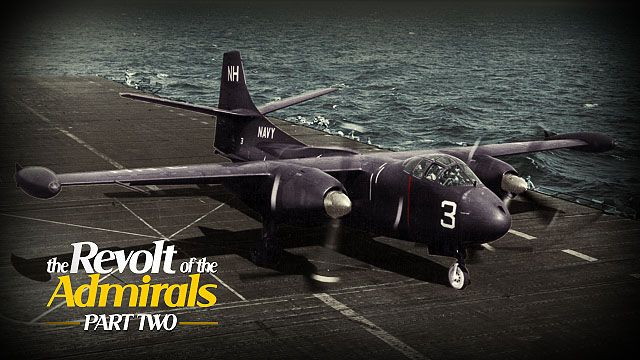 In 1949, the testimony of Naval Aviators at the B-36 hearings helped to prove the Navy had an important role, distinct from the USAF, in the delivery of nuclear weapons. But was the Navy ready for the mission?

Desperate to find an aircraft capable of delivering the bomb, and with the AJ Savage still under development, the Navy attempted to modify an existing plane in their inventory, the Lockheed P2V. As the Navy raced to ready itself for its nuclear mission, the Cold War intensified with the outbreak of the Korean Conflict. It was a chance for the Navy to prove itself again in conventional warfare and to re-establish the importance of aircraft carriers. Join us to witness the evolution of the US Navy in Revolt of the Admirals part II.