Race With A Lady: Part One 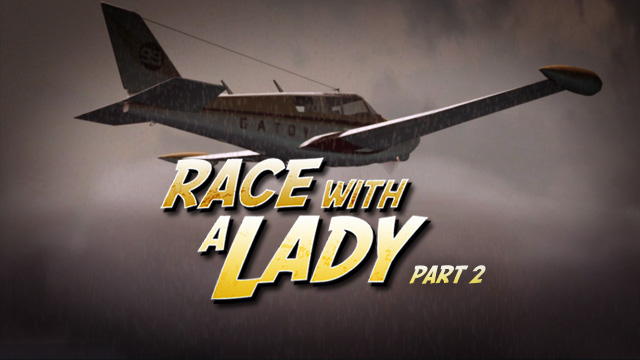 In 1969, The London to Sydney Air Race brought together pilots from around the world for an air marathon between the two cities. Star competitor Sheila Scott, a glamorous and record breaking solo pilot, hoped to achieve air racing glory by beating the time of 6 days set 30 years earlier by aviation legend Jean Batten.

Darting across the globe to Singapore, a new record seemed to be within Sheila’s reach, but bad weather and a faulty radio almost cost her life on the last leg to Australia.

Fellow competitors Terry Kinglsey, Peter Evans, and Arthur Gibson, flying together in a SIAI Marchetti SF 260, came to offer Sheila aid, but they too would get much more than they bargained for having to tangle with a monsoon and build an impromptu runway on an Indonesian island. Re-live this epic voyage half-way across the planet, through the recently unearthed film of renowned aviation photographer Arthur Gibson and through the eyes of retired Red Arrows Terry Kinglsey and Peter Evans.