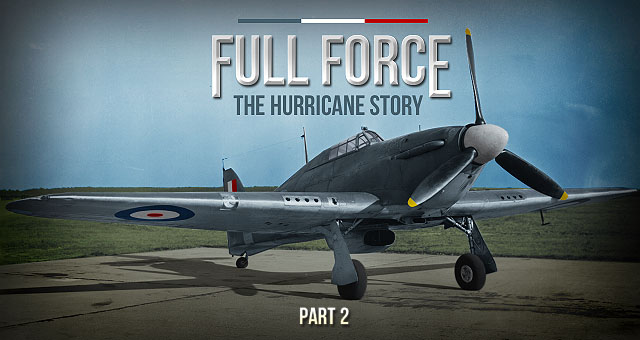 During the Battle of Britain the Hawker Hurricane proved a tenacious warrior, holding its own against Germany’s best fighters. But soon tenacity would not be enough to guarantee survival. As ever faster German fighters rose up against the RAF, the less agile Hurricane was clearly outmatched. For the Hurricane to remain relevant in the struggle against Hitler, Hawker would have to reinvent their sturdy fighter.