From Manhattan to Hiroshima 2 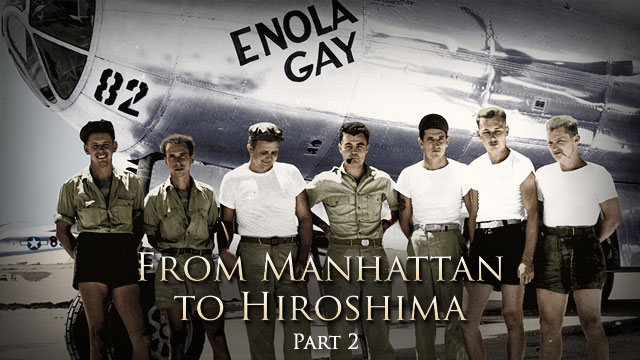 With Japanese forces refusing to surrender, the Manhattan Project may be the only way out of the war. As J. Robert Oppenheimer and Deak Parsons lead their teams in creating the atomic weapons , Paul Tibbets organizes the 509th, the men who'll deliver the bomb to its final destination- Japan.