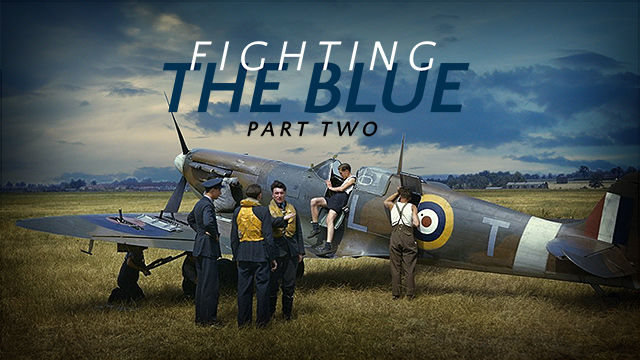 A study of the Germans’ massive aerial attack that would finish off Dowding’s RAF once and for all, Adler Tag, (Eagle Day, 13th August 1940) and how Fighter Command tried to repel such a huge show of force. Using CGI effects and listening to stories from pilots such as Squadron Leader George Bennions, we hear what it was like to bale out of the a burning cockpit and experience the terror of a dog-fight between an RAF Spitfire and a German Messerschmitt.