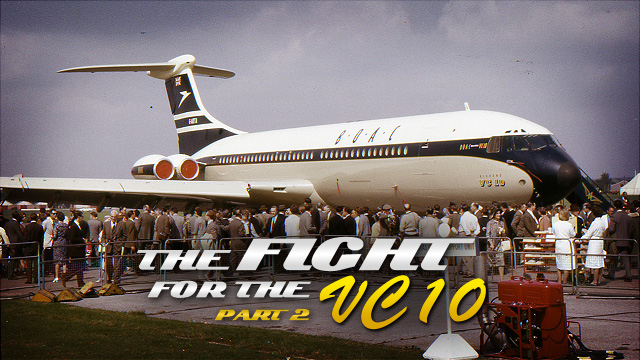 The 1960’s were a turbulent time in British Aviation. The legendary aircraft manufacturers that had helped defend Britain in WWII were forced to merge together just to survive. Military orders were shrinking. Producing long range jetliners was key to their survival. But even with government backing, it was a tall order for British companies to compete against the juggernauts of Boeing and Douglas. Fighting for a piece of the commercial market, Vickers Armstrong, part of the newly formed BAC, forged the VC-10. An advanced jetliner that just might eclipse its American rivals.