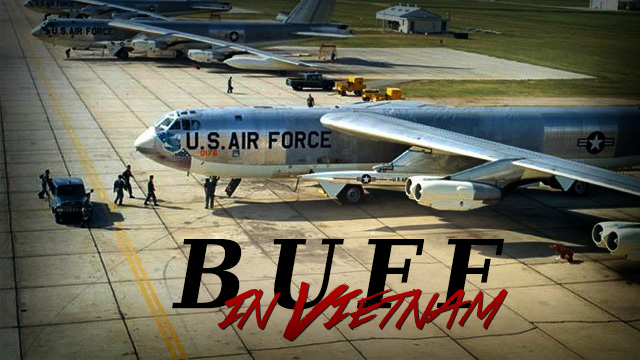 As Vietnam heats up, a bomber originally built to obliterate Moscow is sent to destroy Viet Cong sanctuaries. With the B-52 in their arsenal, the United States hopes to win in south east Asia both quickly and decisively through superior firepower. Unfortunately, a set of rules issued by Washington DC make the job of the Air Force almost impossible to accomplish.

Learn why America became its own worst enemy in Vietnam and how air crews had to overcome the barriers placed in front of them by the politicians. Where did our strategy go wrong? How could we have beaten Ho Chi Minh? These controversial questions still asked to this day are answered in The BUFF In Nam.