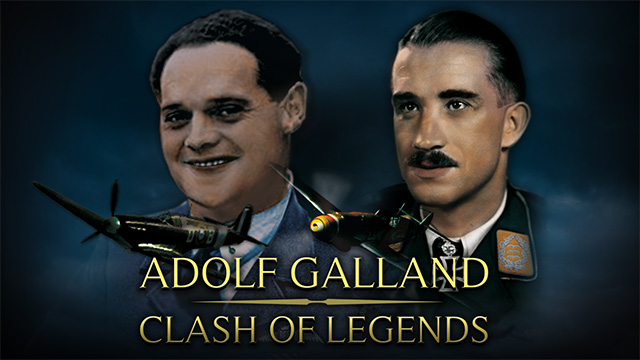 The summer of 1941 saw the RAF take the War to Hitler as British fighters and bombers swept into German occupied territory in North Western Europe. These operations, meant to taunt the Luftwaffe fighters into combat, would also bring two legends of the air face to face: German ace Adolf Galland and British hero Douglas Bader.

In Part III of Aerocinema's exclusive series, Adolf Galland recalls this historic meeting with the British ace. Discover Galland's theory of Bader's downing, the details of Bader's hospital room escape and how these two greats wrote their names in aviation history.

Dilip Sarkar MBE, the foremost expert on Douglas Bader, and aviation historian Hugh Halliday guide us as we follow the paths Bader and Galland took to that fateful day in 1941. Join us as we learn about the men behind the Legends: Adolf Galland: Clash of Legends!